We're Excited to Get To Know You!

About UsWho We Are

"That which we have seen and heard we proclaim also to you, so that you too may have fellowship with us." - 1 John 1:3 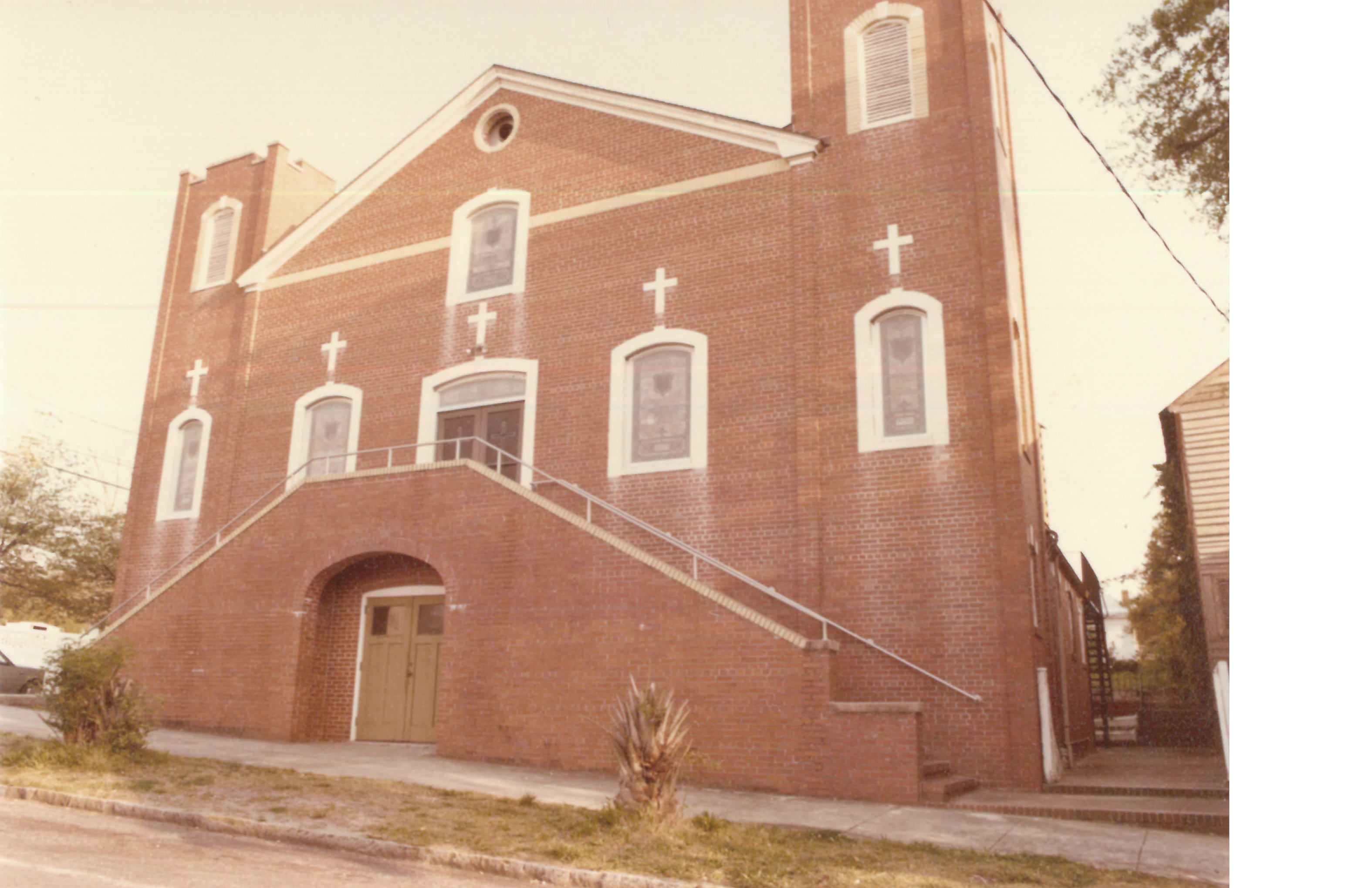 During the early part of the 20th Century, Wilmington's population surged in response to it acting as an important "Port City" during the two World Wars. To accommodate the large influx of Orthodox Christians now living in Wilmington, a Board of Trustees formed in 1943 and began planning and development of the Church of Saint Nicholas. In 1945 the first sanctuary, situated downtown on Second and Orange, was completed, opening its doors in June and laying the cornerstone on August 31 of that year. A few months later the faithful purchased a two-story home next door, which operated as the offices and classrooms, as well as the parsonage for the parish priest. 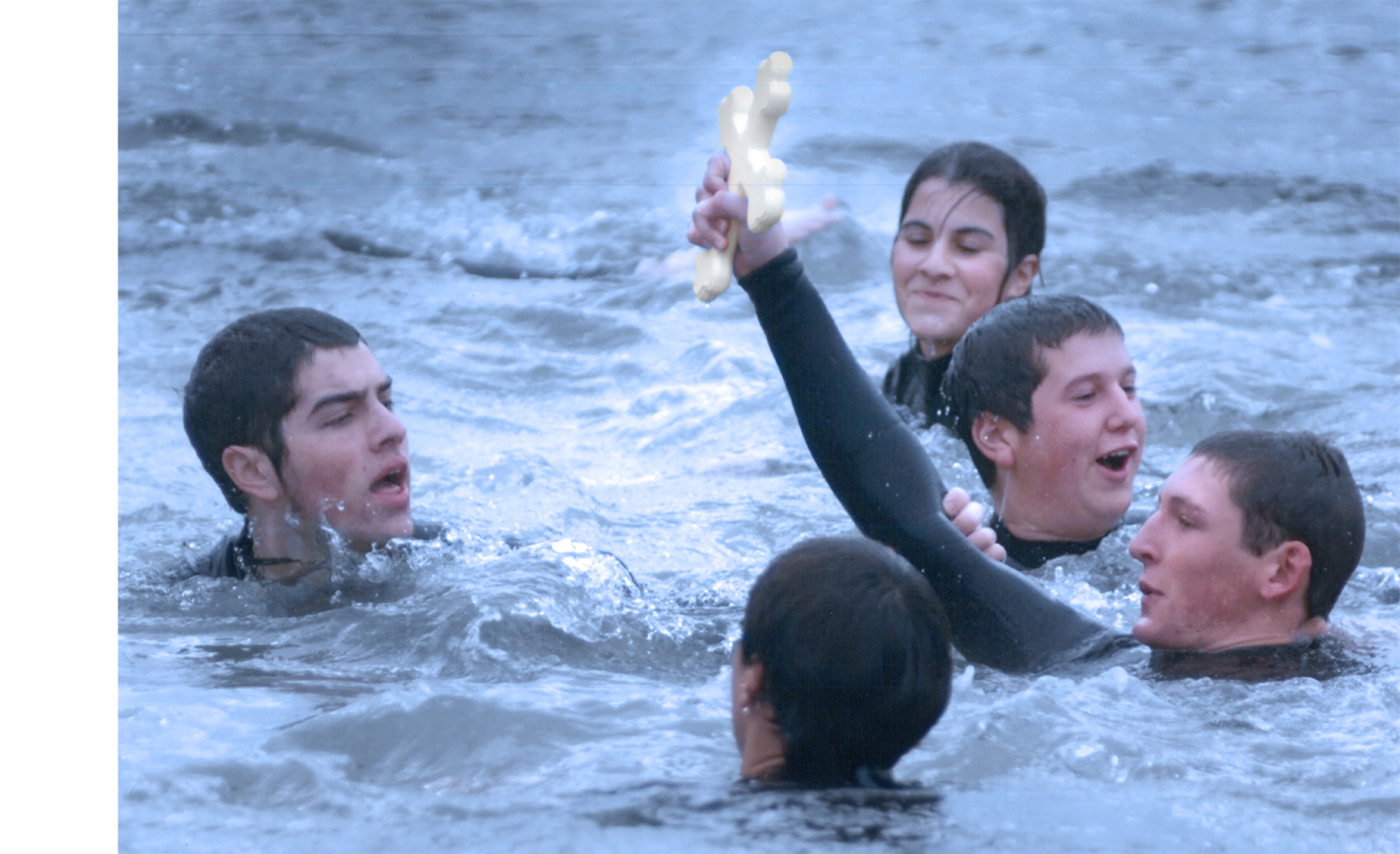 For over three decades, the downtown Church was our spiritual home. However, as the congregation grew the need for a larger space became apparent. The decision was made to move in 1979, and the parish sold its property (which eventually became the Children's Museum), and bought our current College Road campus on October 15, 1980. The next twenty years would see major renovations to the Church, including extensive Iconography campaigns, office and classroom extensions, and the addition of the Hellenic Center.

With the Sanctuary finally completed and dedicated, the turn of the millennium brought with it the growth of many of our parish ministries. As the Church grew, so did our impact in the region. What began as a small town parish, has since grown into a vibrant Church servicing not only Wilmington, but also Southport, Whiteville, New Bern, Morehead City, Surf City, Emerald Isle and others in the Eastern Carolinas. This process culminated with the long-awaited Consecration of the Sanctuary by His Eminence Metropolitan Alexios of Atlanta on October 10-12, 2003.

The Saints of the Church intercede for the salvation of all believers. In other words they pray to the Almighty God, on our behalf, to show mercy on us and to save us. The practice of adopting patron saints goes back to the building of the first public churches in the Roman Empire. Most of these churches were built over the graves of Holy Christian Martyrs. The churches were then given the name of the Holy Martyr, who then was celebrated and invoked locally as an intercessor for those who worshiped there. As time passed, and as Christianity became legalized (313 AD), new churches were able to be built even in areas where martyrs hadn't died for the faith. Thus these churches were able to choose their own Patron Saint, and from among all of the saints (not just the martyrs).

When we began our Church in 1943, the choice of who would serve as our patron saint was an easy one. Throughout the Christian world there are countless Churches named in honor of Saint Nicholas, and many of them are situated in coastal regions. This is because Saint Nicholas is also the patron saint of Seafarers. So who better to be the protector of Wilmington, "The Port City," than the protector of Sailors? We are extremely blessed to have such an incredible advocate in Heaven watching over our Church family and Wilmington community. May Saint Nicholas the Wonderworker intercede for us all! Click Here to Read About our Patron Saint, Saint Nicholas... 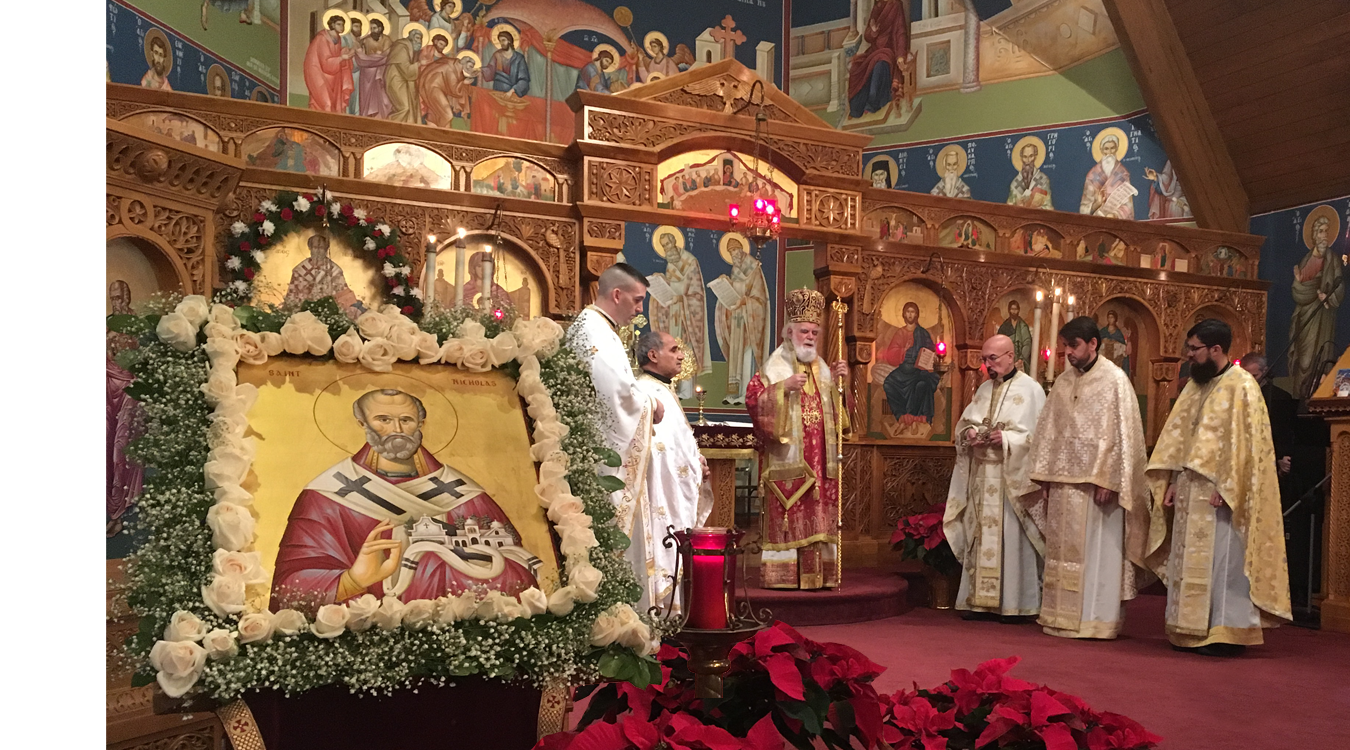 The Saint Nicholas Greek Orthodox Church is dedicated to the continuation of our Lord and Savior Jesus Christ’s ministry of salvation through the sharing of His Gospel, the participation in the holy sacraments and Orthodox Traditions, and the loving service to God and mankind. The Saint Nicholas Family is committed to providing a loving, caring and welcoming environment where all belong and grow in the faith through Worship, Service, Witness and Fellowship.

As part of our services to our faithful stewards, Saint Nicholas offers a bimonthly parish newsletter to help inform our families of upcoming events, and highlight newsworthy moments taking place all year round. For your convenience we have catalogued several issues from recent years on this website. If you want an idea of what the Saint Nicholas Family is, there's no better place to look online than the pages of these publications. Click Here to View Past Issues of our Parish Newsletter

The Orthodox Christian Church is the original form of Christianity that has maintained an unbroken ministry dating back to the original Apostles of the 1st Century. Periodically we offer a free 5-part introductory course called "Discover Orthodoxy" to help new believers get acquainted with the authentic Church of Christ.

Want More Information on What We Believe?

Scroll Down Below for a few helpful answers to some frequently asked questions about the Orthodox Christian Faith:

What is Orthodox Christianity?

We trace our history back to the Apostles and thus to Jesus Christ Himself. The Church, in which Christ founded in the First Century (Mat. 16:18), is the earthly assembly of His believers who make up His very Body. This faithful body is empowered by the Holy Spirit, the same Spirit that the Apostles received on Pentecost and then passed on to those whom they chose to ordain. This passing down of this authority through time is called "Apostolic Succession." It is this unbroken line of Apostolic Succession that distinguishes the Orthodox Church from the various Western denominations, and allows today's believers to participate in the unaltered and authentic Church as Christ Himself established.

The Holy Eucharist (referred to as "Holy Communion") is called the “sacrament of sacraments” in the Orthodox Church. The eucharist is the sacrament in which believers are invited to receive the Body and Blood of our Lord Jesus Christ. This is the absolute heart of the Church’s life. Everything in the Church leads to the eucharist, and all things flow from it.

The Eucharist's origins are found in the Tradition of the Passover meal of the Old Testament, and was forever installed as the quintessential form of Christian worship by the Lord Himself at the Last Supper (Mt. 26, Mk. 14, Lk. 22). It is our understanding that the Holy Spirit descends upon the offered bread and wine, and mystically transforms it into the genuine Body and Blood of Christ. This transformation defies logical analysis. While we still perceive the bread and wine as "unchanged" through our physical senses, we confess that these gifts have been sanctified in a super-substantial manner, beyond our reasoning.

Christ referred to Himself as "the bread of life" (Jn. 6:34), and we are promised that whoever "eats of this bread, will live forever" (Jn. 6:51). As such, the Orthodox Church approaches this Holy Sacrament with the utmost reverence and care. Therefore only those who have been baptized/chrismated into the Orthodox faith, AND have prepared themselves spiritually during the week are permitted to receive these gifts during the Divine Liturgy.

The Bible is the divinely inspired Word of God (2 Timothy 3:16), and is a crucial part of how God has revealed Himself to the human race. The Old Testament tells the history of that revelation from creation through the age of the Prophets. The New Testament records the birth and life of Jesus as well as the writings of His Apostles. Though these writings were read in the churches from the time they first appeared, the earliest listing of the complete set of the 27 books of the New Testament as we know them today wasn't finally agreed upon until the fourth century (the Council of Carthage in 318 AD, and in Saint Athanasios of Alexandria's Festal Letter for the year 367 AD). The Scriptures are at the very heart of Orthodox worship and devotion, with hundreds of direct Biblical quotations used in our Sunday services every week.

While we place a great importance on the Holy Scriptures and our intellectual study of the faith, we also confess that our faith is an experiential faith that must be lived-out in our daily lives. It is for this reason that the Orthodox Church baptizes, confirms and communes all believers from their infancy (since no one can ever fully comprehend the glory of God, but they can begin experiencing it through the life of the Church). This life in Christ is experienced by the faithful not only on every Sunday, but in every breath throughout the entire week. It is cultivated and expressed through one's personal devotion (prayer, fasting, almsgiving, etc.).

This life in Christ continues even after death. When Christians depart this life, they remain a vital part of the Church, the Body of Christ. They remain alive in the Lord and "registered in heaven" (Hebrews 12:23). These departed souls continue to wor­ship God (Revelation 4:10) and inhabit His heavenly dwelling places (John 14:2). Every Sunday during the sacrament of the Eucharist we come "to the city of the living God" and join in communion with the saints in our worship of God (Hebrews 12:22). The souls of the righteous are that great "cloud of witnesses" which sur­rounds us, and we seek to imitate them in running "the race that is set before us" (Hebrews 12:1). Rejecting or ignoring the communion of saints is a denial that those who have died in Christ are still part of his Holy Church.

It is largely for this reason why we adorn our Churches and homes with Iconography (visual depictions of God, His saints, or other Christian events). These icons are NOT worshipped as idols, rather they help us feel more closely connected to the invisible God and His saints who are still alive in His Heavenly Kingdom. They are "windows into heaven" and remind us that not everything in this life can be seen by our earthly eyes.